In 1979, we started to support refugees in Japan and overseas with the idea that "when in trouble, we are all in each other's way."
We have been active in over 60 countries and regions around the world. 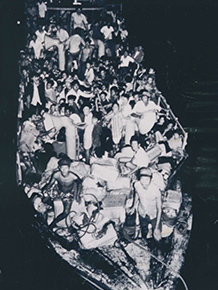 TopicThe Association for Aid and Relief for Indochina Refugees was established.

Japan does not accept refugees. In November 1979, the Association for Aid and Relief of Indochina Refugees (AAR) was established. 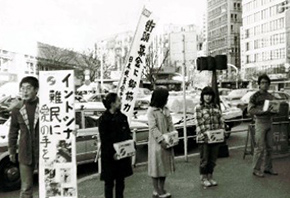 AAR dispatched a survey team to Thailand and Malaysia. They visited refugee camps on the Thai/Cambodian border and other sites. 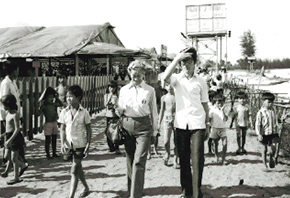 AAR began assisting refugees in refugee camps on the Thai/Cambodian border. We provided clothing, blankets, glasses (if you wore them, you were considered an intellectual and were massacred), water purifiers, and other supplies. We have also sent youth volunteers and nurses to several refugee camps. 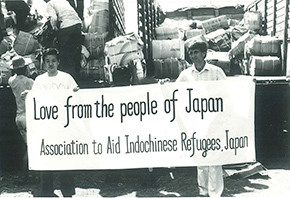 The Refugee Relief Scholarship Program was established to support refugee students in Japan.

A significant famine spreads across East Africa, particularly in Ethiopia.

The "Water and Milk for Africa's Children" campaign was launched. In cooperation with the Ministry of Foreign Affairs of Japan and others, AAR established the "Blanket Drive for Africa," which raised 1.72 million blankets and more than 1.3 billion yen in donations. 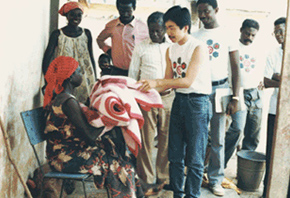 AAR assists Angolan refugees in the areas of medical care, education, and agriculture. The support continued for 20 years until 2004 when many of the refugees returned to their home countries. 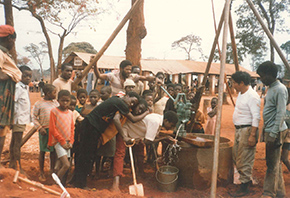 180 wheelchairs donated from all over Japan were distributed to Cambodian refugee camps on the Thai/Cambodian border. 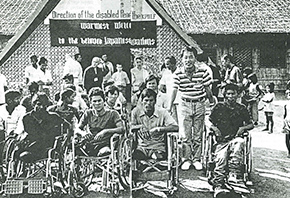 World EventsCivil war broke out in the former Yugoslavia.

With the breakup of the former Yugoslavia, conflicts between forces of different ethnicities and religions worsened from 1991.

Began providing assistance to Croatian refugees who fled to Hungary. We distributed emergency supplies and medical supplies, supported the disabled, and provided mine countermeasures until 2003. 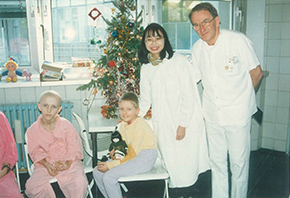 Social Welfare Corporation "Support 21" was established as a sister organization. It continues to provide support for refugees in Japan, study support for foreign residents in Japan, etc.

AAR activitiesOpening of the Support Center for the Disabled 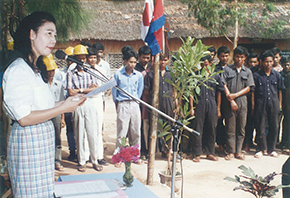 AAR activitiesDistribution of "Pochettes of Love

AAR distributed "Pochettes of Love" filled with stationery and other items in Cambodia. 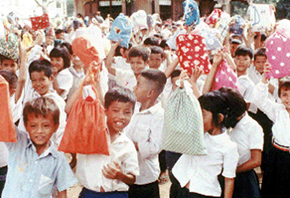 AAR activitiesOperation of a wheelchair workshop

AAR provided emergency relief worth about 1 billion yen, including the distribution of blankets, medicine, and food. We built a facility to accommodate about 70 volunteers from all over Japan and provided support for school lunches. 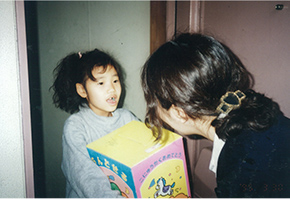 AAR activitiesPublished "Please Give Me Flowers, Not Landmines."

Many of the Indochinese refugees who returned home were victims of landmines buried in their homeland. To promote the removal of landmines, Yanase (Honorary President) published a picture book campaigning for the elimination of anti-personnel landmines. Using this net income and others, we have secured the safety of 29.78 million square meters of land so far. 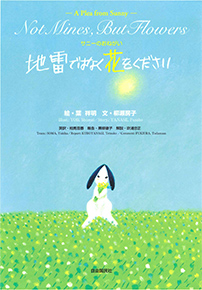 The International Campaign to Ban Landmines (ICBL), of which AAR is a member, lobbies the governments of various countries to pass the Anti-Personnel Mine Ban Treaty (Ottawa Treaty), which bans the manufacture and use of landmines. In recognition of this activity, the ICBL was jointly awarded the Nobel Peace Prize.

At the urging of AAR, landmine ban activist Chris Moon was selected as the final torchbearer for the Nagano Olympics. 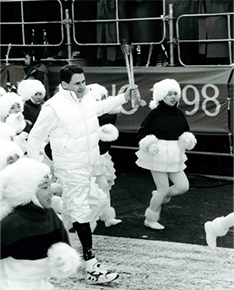 TopicOur English name was changed from "Association to Aid the Refugees, Japan" to "Association for Aid and Relief, Japan."

AAR began mine clearance activities in Afghanistan in cooperation with the Halo Trust, a UK-based demining NGO, with net proceeds from the book "Please Give Me Flowers, Not Landmines. 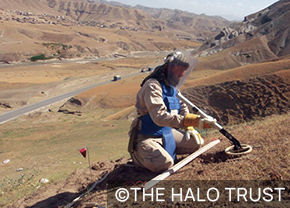 AAR activitiesOpening a Vocational Training School for the Disabled in Myanmar 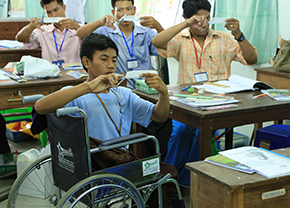 The "Zero Landmine Campaign Committee" was established with TBS and others. At the call of Ryuichi Sakamoto, prominent artists collaborated to produce "ZERO LANDMINE. 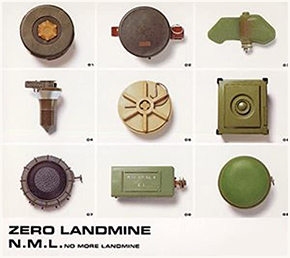 AAR opened offices in Pakistan and Tajikistan to support Afghan refugees forced to flee their homes due to fears of military action by U.S. and British forces in response to the attacks. Refugee assistance such as food distribution was provided. 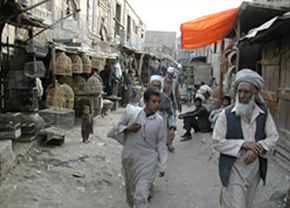 TopicAAR received certification as an authorized NPO from the National Tax Agency.

AAR activitiesAssistance in Sudan was launched.

A comprehensive peace agreement is signed, ending 21 years of civil war between north and south*. AAR began mine avoidance education in the north and water and sanitation support in the south.

*In 2011, the southern part of the country gained independence as the Republic of South Sudan. 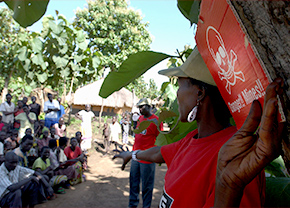 In response to the 7.0 magnitude earthquake, AAR dispatched an emergency relief team. The team distributed food and other items to the victims and rebuilt facilities for the disabled and orphanages. 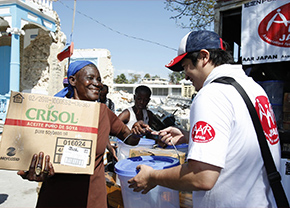 Two days after the earthquake, AAR dispatched an emergency relief team, which distributed relief supplies to approximately 180,000 people by February 2012. Currently, AAR is continuing its support activities for the disabled and elderly. 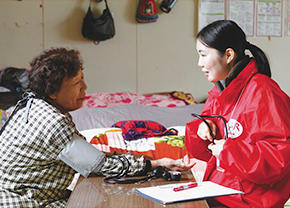 AAR provided emergency assistance in northeastern Kenya in response to the severe drought that has hit the East African region.

A democracy movement that started with a small demonstration in February 2011 turned into a civil war. Since then, it has become bogged down by the conflicts between many forces. The Syrian crisis has been described as the largest humanitarian crisis of this century. 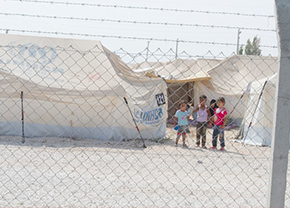 In response to the influx of refugees due to the worsening situation in neighboring South Sudan, AAR began providing emergency support at the Kakuma Refugee Camp in northwestern Kenya. 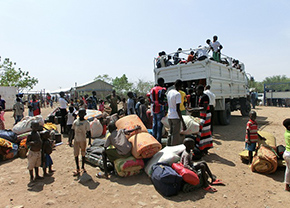 AAR began distributing food through local partner organizations and so far has reached over 110,000 people living in Syria.

In response to the 7.8 magnitude earthquake, AAR dispatched an emergency relief team. The team distributed daily necessities and constructed temporary school buildings for schools that were entirely or partially destroyed. 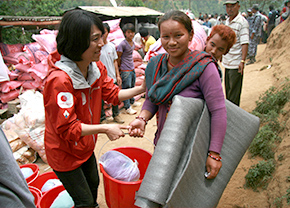 AAR activitiesThe visit of Their Majesties the Emperor and Empress 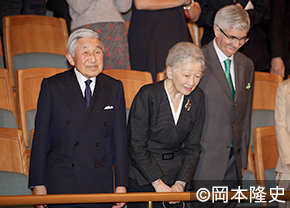 In response to the massive influx of South Sudanese refugees in Uganda, AAR began providing educational support to refugees living in northern Uganda and children in the host communities.

An earthquake measuring over seven on the Japanese scale caused extensive damage. AAR started a soup kitchen the next day and has provided 17,000 meals so far.

Due to clashes between armed forces and the military in northern Myanmar, more than 600,000 people have fled to neighboring Bangladesh. In cooperation with local NGOs, AAR distributed relief supplies for wintering. 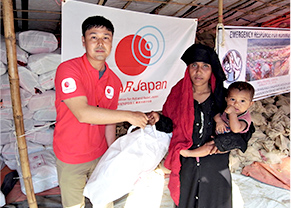 In countries with weak medical systems, AAR conducted hygiene awareness campaigns to prevent infection, distributed hygiene products, and distributed food to refugees and disabled people in economically distressed situations. In Japan, we distributed masks to the disabled and welfare workers. 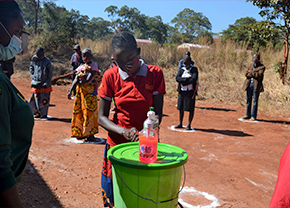 On February 1, a state of emergency was declared in Myanmar, resulting in political and social turmoil. AAR has been providing humanitarian assistance such as food distribution to vulnerable people including people with disabilities and also continuing support for children with disabilities, while paying close attention to the security situation. 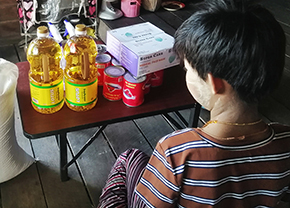 The Taliban took over Afghanistan in August 2021, and it has brought a serious humanitarian crisis that millions of people has become internally displaced. AAR has been conducting emergency assistance including food and hygiene items distribution and also warm blankets for winterization. 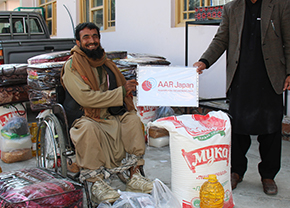 In February, Russia launched a military invasion of Ukraine, causing a serious humanitarian crisis said to be the worst since World War II. AAR provide emergency assistance to internally displaced persons in Ukraine and refugees in Moldova. 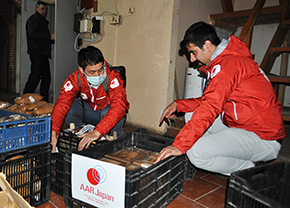 AAR had been committed to helping people in challenging situations.
AAR Japan will continue to provide support for the immediate crisis and the next stage of life.