Rohingya refugees who have fled from Myanmar are forced to live in harsh conditions with no prospect of returning home. Their refugee camps, allegedly the largest in the world, see a serious lack of infrastructure such as water and electricity. There are also other social problems like limited access to education, child marriage, human trafficking, and gender-based violence including domestic violence by husbands. Moreover, the underprivileged among host communities are greatly affected by a decrease of employment opportunities caused by the influx of refugees.

Creating a place for women to stay 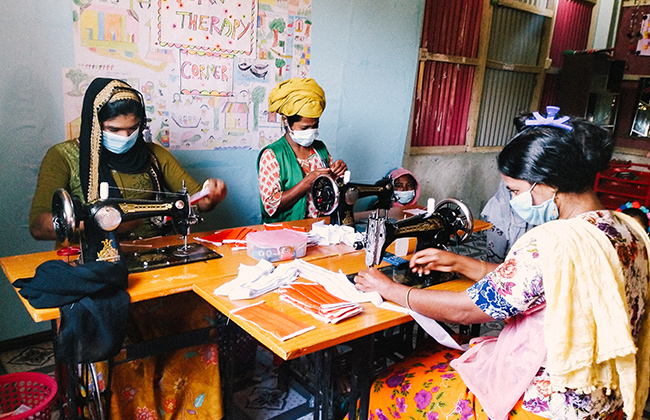 With the aim of alleviating serious social problems such as violence against women and children, child marriage, and human trafficking in the Rohingya refugee camps, we established women-friendly spaces. At these facilities, we provide women with such services as a referral to medical institutions, counseling, and awareness-raising seminars on violence prevention and work therapy sessions.We also work to educate men about gender-based violence.