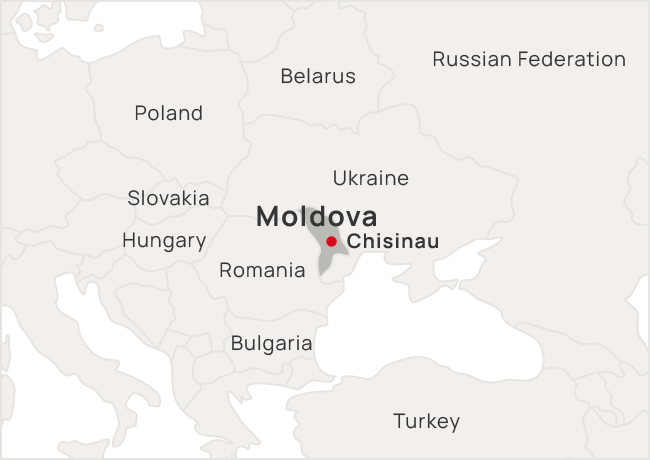 In February 2022, Russian forces launched a military invasion of Ukraine, causing over 500,000 refugees to flee to Moldova. Most of them have passed through Moldova and taken refuge in other countries. But there are many refugees who stay in Moldova for economic and other reasons. Most refugees are women and children, as in principle men are prohibited from leaving Ukraine. The large influx of refugees is a burden for Moldova, which is economically poor compared to other European countries and has a small population.

Distribution of food and daily necessities 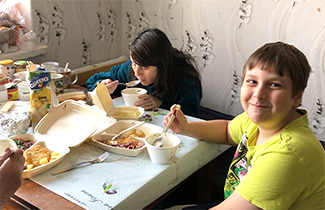 At several shelters in and near the capital city of Chisinau, AAR is providing hot meals and foodstuffs. We also distribute household appliances such as washing machines and refrigerators, furniture, and daily necessities. AAR also distributes food and hygiene items to refugees who are not staying in shelters but homes and hotels in the city. 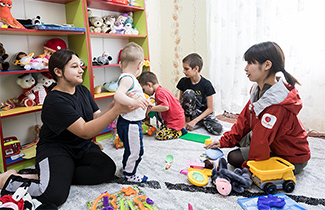 People who have experienced war, such as hearing the sound of bombs, suffer emotionally. To provide psychosocial support for mothers and children fleeing the ravages of war, AAR provides them with places where they can feel safe and play. At a student dormitory that hosts refugees, one room was used as a playground for children, and we provided toys and board games.