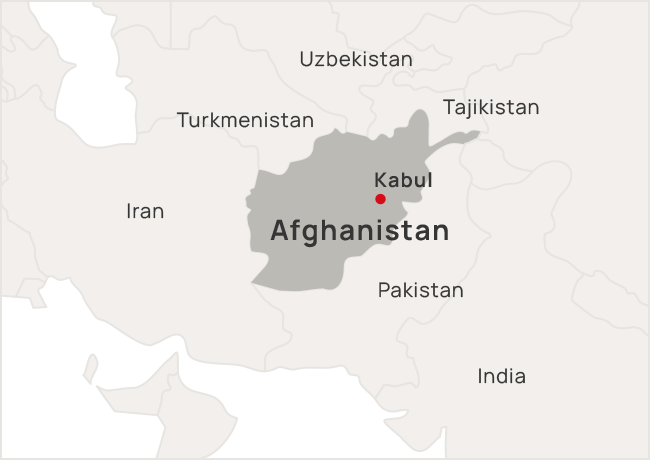 Since the invasion of the former Soviet Union in 1979, many landmines and unexploded ordnance have been found in various parts of Afghanistan, and since the 2010s, the use of improvised explosive devices (IEDs)* has become more frequent, increasing the risk of damage to people. In addition, the rights of people with disabilities, including landmine victims, are not sufficiently guaranteed, and many people with disabilities are unable to receive basic education, medical care, and welfare services.

*IEDs: Improvised Explosive Devices, which can be manufactured from familiar objects such as polyethylene tanks and cans. The number of damage is increasing every year. 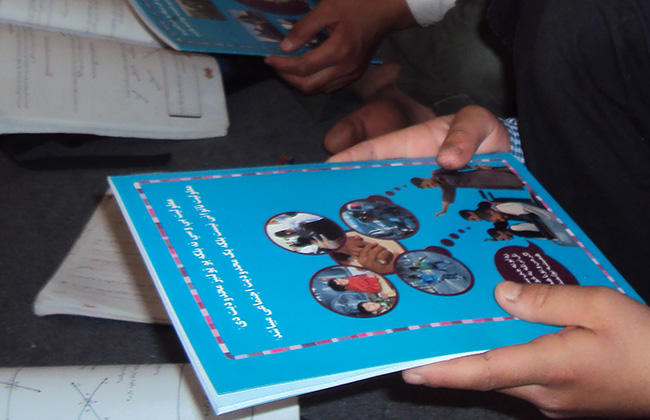 Children receive educational materials prepared by AAR on how to protect themselves from landmines.

AAR Japan is conducting activities to teach people how to avoid being harmed by landmines, unexploded ordnance, improvised explosive devices (IEDs), and other explosive devices, by using posters and board games as well as showing short films in villages. We have reached more than 1 million people so far, about 60,000 people a year, with information on avoiding risk. 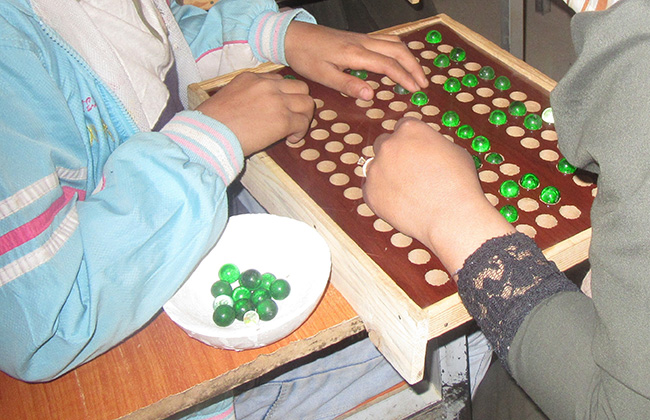 A child learns the Braille alphabet using a teaching aid in which a ball can be inserted into a hole to make a large Braille letter.

We are working to promote inclusive education so that children can learn at school regardless of disabilities. We are improving the educational environment by making schools accessible and providing teacher training to enable children with disabilities to learn sign language and Braille. We also conduct workshops and awareness raising activities for school staff and residents to promote their understanding of disabilities.

The staff of THE HALO TRUST, an organization specializing in mine clearance.

Since 1999, we have supported mine and UXO clearance activities through THE HALO TRUST, an organization specializing in demining in the U.K. By the end of March 2020, we have secured the safety of approximately 26.67 million square meters of land, by clearing 5,286 landmines and 22,797 unexploded ordnance.