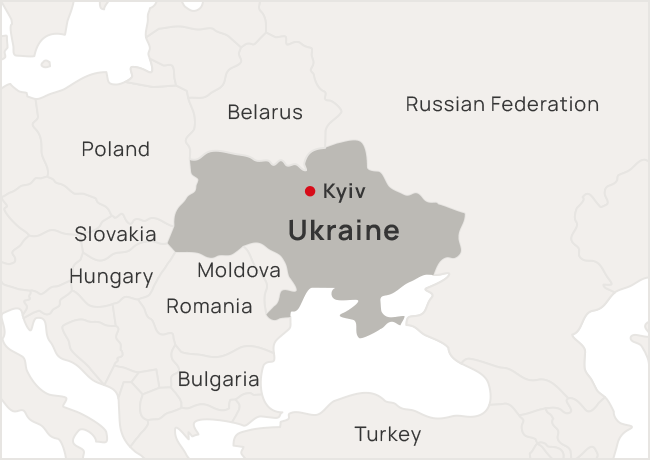 Due to the military invasion by Russian forces, about one-third of the population of Ukraine was forced to flee their homeland*1. More than half of them have been internally displaced, fleeing to relatively safe areas such as western Ukraine. Some elderly and disabled people remain in the country due to the difficulty of traveling long distances. In addition, approximately 8% of the country is contaminated by landmines and unexploded ordnance*2, which poses a major barrier to the return of refugees and internally displaced persons to their homeland after the war ends.

Distribution of food and daily necessities 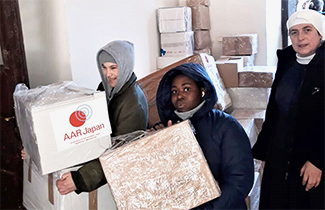 Women and children displaced from the northeast Ukraine are huddled in a convent in western. AAR is working with Polish convent that have a network in Ukraine to transport food, medicine, hygiene products, and children's clothing from Poland to Ukraine for distribution to the people living in and near the convent. We also maintain children's playrooms and underground shelters. 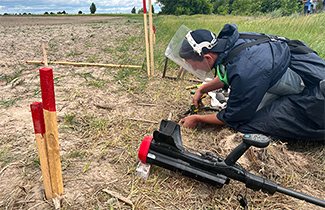 Support for People with Disabilities 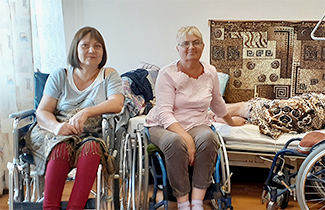 The most severely affected by the humanitarian crisis are people with disabilities and others who need social support ordinarily. AAR provides assistance tailored to the needs of each individual, including adjustment of shelters, dispatch of caregivers, and cash transfers. 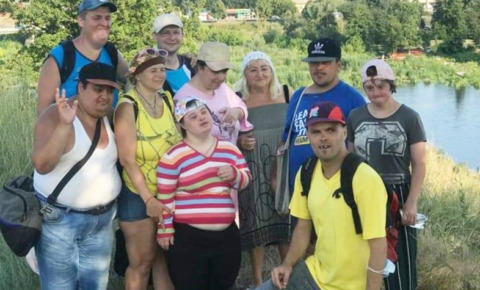 Support for the people with disabilities started: Support in Ukraine