Toward a Better Society

AAR Japan organizes various events and conduct lectures in pursuit of
gaining a deeper understanding for its activities in "refugee assistance,"
"landmine and unexploded ordnance prevention," "support for the disabled,"
and "infectious disease prevention”. We also make proposals to the government
and the international community based on our expertise and research
findings gained through our activities. 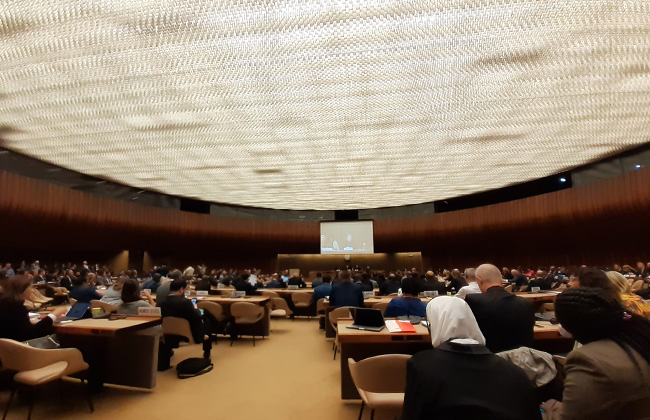 At a United Nations-sponsored international conference on mine action held in Geneva, Switzerland

Toward a better society

Policy change is crucial in tackling various conflict, poverty, and human rights-related issues, along with providing direct support to the affected people. We aim to create a better society by picking up the voices of those who are unable to speak out, and channeling them to local governments, the international community, and public opinion in developed countries, using the knowledge we have gained in the field. 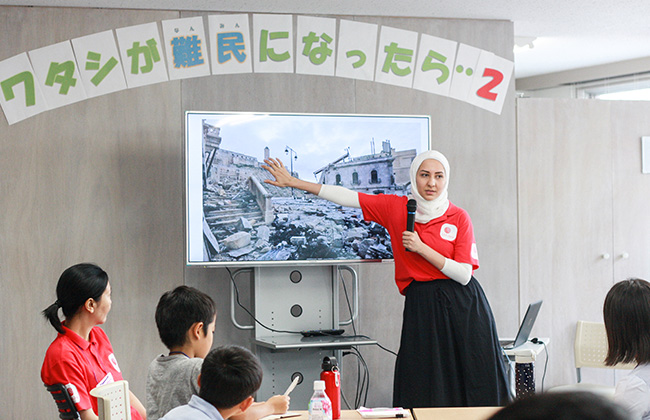 Workshop on "What if I became a refugee?

Spreading the word about global issues

We hold various events, such as charity concerts, or lectures and workshops conducted by our staff including expatriates at schools or offices. We create a number of opportunities for people to casually participate in international cooperation.

Campaigns in which we participate 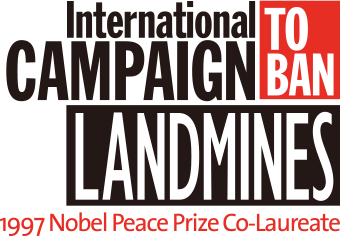 AAR is a member of the International Campaign to Ban Landmines (ICBL), which aims to ban the manufacture and use of anti-personnel landmines. In the 1990s, the ICBL, in cooperation with supporting countries, called on the world to create a treaty to ban anti-personnel landmines. AAR participated as an observer in the Fourth Review Conference of the Anti-Personnel Mine Ban Treaty (Ottawa Treaty) held in Oslo, Norway, in November 2019.

AAR has been a member of the international steering committee of the Campaign to stop killer robots since its inception in 2013. In February 2020, AAR attended the 2nd International Conference in Buenos Aires, Argentina, and linked up with campaign promoters from the Asia-Pacific and South America regions.