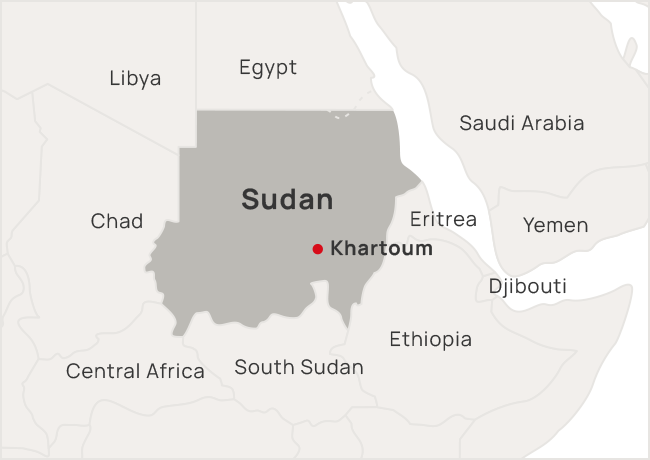 Mycetoma is an infectious disease caused by bacteria and fungi that affects muscles and bones, resulting in inflammation of the feet and hands and amputation of the limbs in severe cases. In Sudan, there are many cases where the symptoms worsen due to insufficient knowledge about mycetoma or going through treatment without medical evidence. 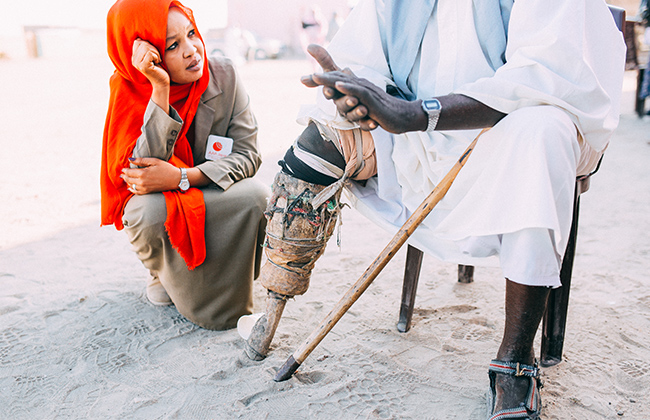 A man who suffered from mycetoma and had his leg amputated. He lives with a prosthetic leg that he made himself.

Few organizations and institutions sensitize the public about mycetoma. AAR Japan is conducting awareness raising activities to spread correct knowledge and the importance of early diagnosis, especially in areas where there are many infected people. We also send medical staff from Mycetoma Research Center and university hospitals in Khartoum as volunteers to perform surgeries and treat patients. 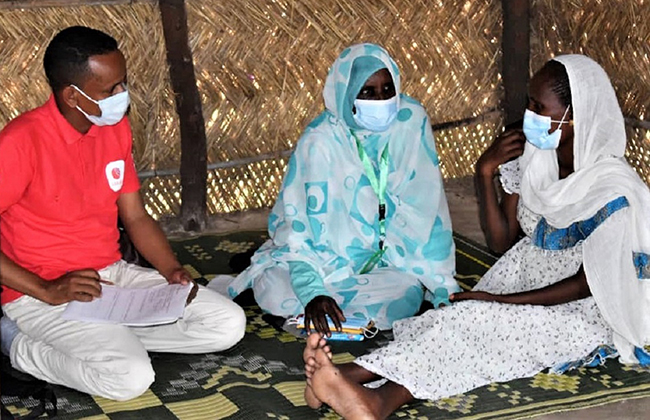 AAR staff listening to a woman who lives in a refugee settlement.

Clashes between government forces and armed groups in the Tigray region, northern Ethiopia, in November 2020 have led to mass displacement and an influx of more than 60,000 people into eastern Sudan. In cooperation with local partner organizations, we carry out hygiene awareness-raising activities, together with the establishment of hand-washing facilities and the distribution of hygiene products, which also help prevent the spread of COVID-19. 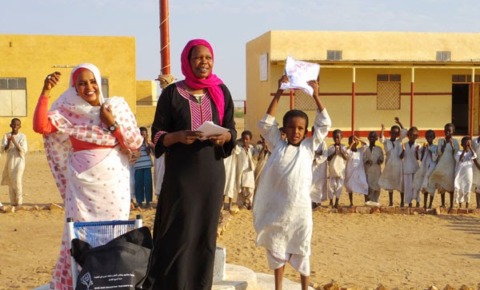